The question of exactly how to explain or define a VPN is one that is often up for discussion amongst today’s network consumers and communications providers. If we look at the literal definition of the words virtual private network, it can help to understand what is, and what is not, a VPN .

Using Webster’s dictionary definitions of the component words, a VPN should have the following attributes:

Virtual – defined as “being such practically or in effect, although not in actual fact or name.” Therefore, the first part of the answer to our question “what is a VPN” is that it is something that acts like a hard-wired network, but is actually not.

Private – defined as “of, belonging to, or concerning a particular person or group; not common or general.” So, a VPN should be one where the consumer has exclusive use of the network links. (Note, this is different from a Secure Network, which may be a private or public network.)

Network – defined as “a system of computers interconnected by telephone wires or other means in order to share information.” This is the goal of a VPN or any other type of network.

VPN explained in this manner is a network technology which gives the owner the ability to share information with others on the network by means of a private, exclusive link that is created by a method other than hard-wires or leased lines; usually via the internet. Before the internet, computers in different offices, cities or even countries could only talk to each other like people could – through telephone wires. As the needs for this type of communication grew, telephone lines became replaced by higher volume wires, like T3 circuits, but the concept was the same. For computer A to talk to computer B, there had to be a physical wire connection. For security reasons, you would want to make sure that only your 2 computers used that line, so you would contract with a vendor to “lease” that circuit. However, this type of network was expensive and difficult to expand, not to mention difficult for the client to have control over.

With the advent of the internet, connections no longer needed to be physical. As long as each computer has access to the internet, information can be shared using local ISP circuits, across the internet, and to the recipient in much the same way that it was when the computers were physically connected. This is why the way VPN works is considered a “virtual” network; the entire connection is not hard-wired.

The aspects of VPN explained in this article so far have not yet discussed an ever present concern in today’s world – security. In an old WAN arrangement, the security of data transmission could rely entirely on the provider’s guarantees. Today, however, a VPN keeps information private by means of encryption on both the sending and receiving end. There are a variety of encryption protocols, depending on what a company’s needs are, who they need to communicate with (and therefore be compatible with), etc. The data is not only encrypted, but it is encapsulated, meaning it is sent in its own private “tunnel” or connection across the internet. No one can see the data, and even if they could, they can’t decipher or change it. In this way, information can be sent across the internet without being susceptible to interception or corruption by those who are outside of the VPN.

In order to create a virtual private network, you would need to decide who needs to share information, in what directions, and how often. Next you would need to prepare a listing of the hardware and software systems you are currently using at each location. You might very well need to make changes so that the computers can talk to each other easily. You’ll also want to consider just how important it is that your data remains secure, as this will have an impact on what type of protocol you select. Preparing this information will have you educated for the discussions you will need to have with potential vendors. 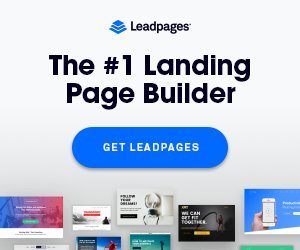 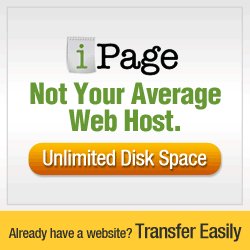 Disclosure: We are a professional review site that receives compensation from the companies whose products we review. We test each product thoroughly and give high marks to only the very best. We are independently owned and the opinions expressed here are our own.